Don’t Be Shy: How Social Media Exposes Your Naked Brand

This is a tale of two celebrity twits, er, tweeters.

The first was once heralded as the star who welcomed Twitter to the mainstream. However, @aplusk’s presence as a microblogger was snuffed out in humbling fashion.

Quick background: the Jerry Sandusky child abuse scandal came to light, taking beloved Penn State football coach, Joe Paterno, down with it. Ashton Kutcher’s tweet in support of the coach was met by public backlash. In turn, Kutcher claimed ignorance and ceded control of his Twitter account to what we can only assume is an antiseptic PR team.

The second celebrity was instantly recognized as a Twitter natural. His entrance into the community was rewarded by 100 retweets of his very first post. @Alec_Baldwin’s microblogging presence came across as open and genuine, until a scuffle with some airline attendants pushed the endearingly volatile personality AWOL.

Learning from Mistakes: Celebrities (and Brands) are People, Too

Your business has something in common with Ashton and Alec: they’re brands. Celebrities and people in the public eye hold our attention and influence our perspectives, whether or not we intend for them to. So when they make mistakes, we’d do well to notice and learn from their lessons.

These social media identity crises come with an important takeaway: the authority, loyalty and respect granted your brand relies on transparency. 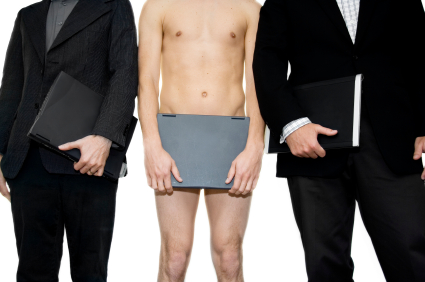 If you ask me, it was cowardly for Baldwin to delete his account after the snafu. Sure, he may have gotten carried away railing against American Airlines in the aftermath, but frustration with airlines and that dumb rule about turning off your electronics is one we’re all familiar with.

I’ve lost even more respect for Kutcher for converting his account to little more than shell for the spin machine. Understandably, Kutcher may have been feeling pressure to save face, with news of his affair still fresh in the tabloids. That he’d shy away from any negative press, we get. But to patently admit that all future communications will be passed through a faceless third-party whose objective is upholding the PC? Not only is it boring, but it smacks of deception.

Coming out of Mashable this week is an interesting interview with video, social media and wine go-to guy Gary Vaynerchuck. Gary slaps so-called social media “experts,” explaining that what really counts is getting it done.

As always, it comes down to reality and transparency. A successful brand isn’t built on talk, it’s built on results and authenticity. You can’t come across as real if it’s clear your communications are going through censors. The public loves to forgive mistakes, but we can’t overlook your cover-up. What’s your brand have to show for itself? And please, don’t leave out the naughty bits.

One Reply to “Don’t Be Shy: How Social Media Exposes Your Naked Brand”