Editor’s Note: Before she wrote this entry, Rhea asked if it was okay to use images. I said we love them. Clearly one should watch what they say around Rhea. ;) This is our last guest blog, folks! Enjoy! –Susan

I hate the Bruce Clay blog. Seriously, it’s boring (not the writing, I love Susan and Lisa), the bland white background and sparse imagery – as a visual learner it makes me want to poke myself in the eye. It’s ironic considering my first memory of the SEO industry was my boss handing me the search engine relationship chart (much more colorful then than it is today) and instructing me to memorize it. So, for today’s guest post I’m bringing color back with bursts of Twitterlicious backgrounds!

Rae Hoffman recently blogged (gasp!) about An Actual “Non Big Brand” Twitter Case Study in which she detailed steps for creating a popular Twitter account (this was a great read and if you hadn’t already started doing something similar to this, shame on you). At the same time, Edward Lewis, aka PageOneResults (shhh… he’s private or else I’d link to his tweet) was criticizing ugly Twitter profiles. I’m personally very active on Twitter as both a user and a marketer, so I was curious about whether both Rae and Edward’s claims about improving profile designs had much merit. So, I took a closer look!

Before I dive into the results, let’s journey back in time to see the Evolution of Twitter Profiles: 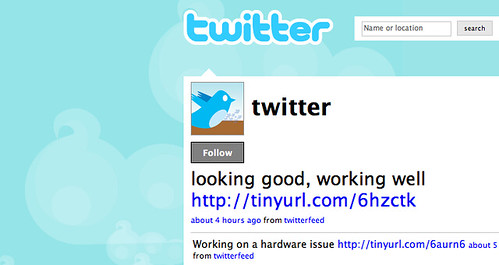 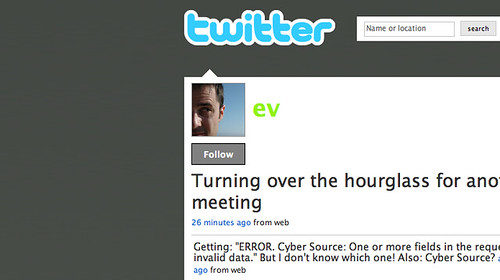 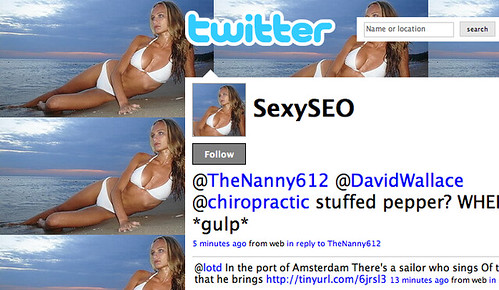 The large image or photo background: 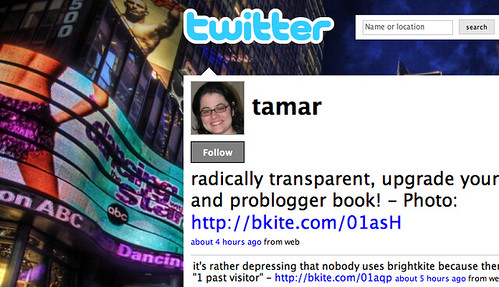 The personalized image or photo: 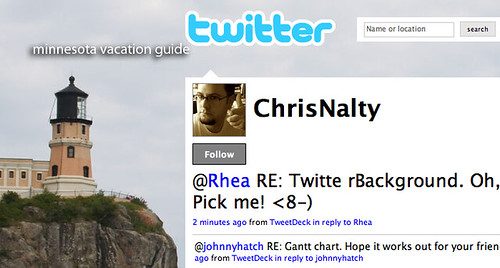 The repeating and branded background: 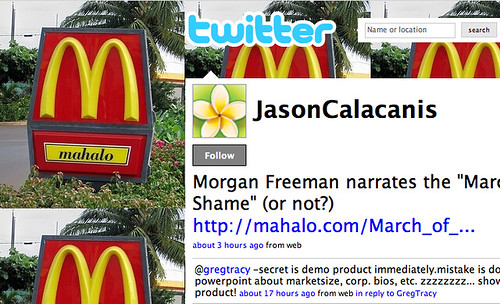 In late spring, I started noticing search marketers wise up to the full potential of Twitter profile designs. The first search marketer I observed who really branded their profile was Lee Odden: 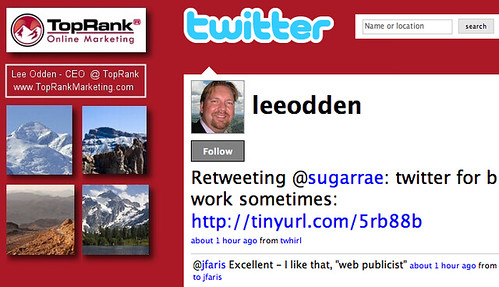 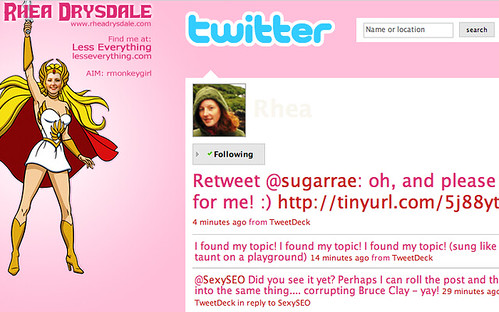 Other SEOs were doing the same, but with their own well-established brands: 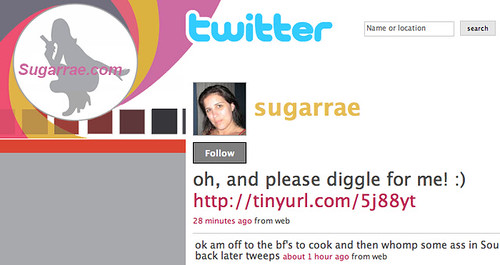 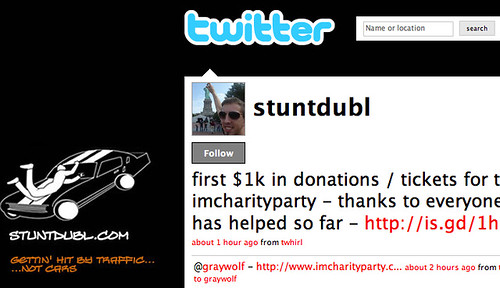 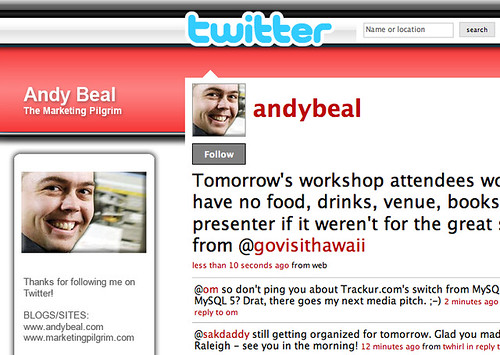 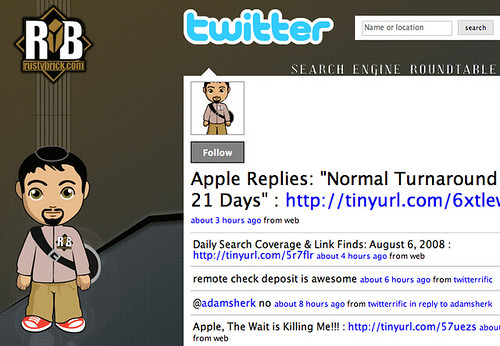 Corporate brands are no exception to having a Twitter profile and customizing the design. Unfortunately, most fail to implement their backgrounds beyond a simple repeating logo. This might appear to users as both unprofessional and illegitimate, which can compromise conversions.

The real question is whether any of this matters?

First off we need to know what percentage of users actually navigate Twitter using the web versus a client like Tweetdeck, twhirl or Twitterific. According to what appears to be a statistically insignificant (sorry Dave) Twitter survey (but the best work on the subject), Dave Roher found that of 100 surveyed users, 72 percent use Twitter with the web. My own informal observations show a number of followers still using the web and I personally use it several times a day along with Tweetdeck. I look forward to seeing more comprehensive studies done on the subject.

If there’s a correlation between design and popularity it appears to be with solid backgrounds, which I find suspect. This made me wonder if there was another variable causing the top 50 users to be so popular (besides the fact that they’re all famous as a brand or personality). Perhaps the number of friends each top user followed had something to do with it? Maybe it’s their number of updates?

I used the figures on Twitterholic to do some basic crunching, but between my bastardization of basic math and the small sample size, it wasn’t worth massaging the numbers purely for speculation. The one figure I’d be interested in investigating further is the daily frequency of tweets for each top 50 user. I think this is the only area where significant correlations might be found. Unfortunately, to calculate the average tweets per day of the 50 top users, I would need far more time than I’m willing to commit to this post. Any takers?

Conclusion:
The Bruce Clay blog now looks a heck of a lot prettier. As for Twitter, the top 50 users probably aren’t popular because of their profile design (in fact some are quite off-putting), but rather because of engagement with their followers and prospective followers (check out TweetPro!). Figure that part out and you won’t need the right ratio of tweets per day combined with followers and aesthetically pleasing backgrounds. Be genuine, be yourself, don’t be bland and have fun with it – the place is called Twitter afterall. Happy Friday!

Rhea Drysdale is currently the Online Marketing Director for, Less Everything Inc., a ruby on rails development company, where she manages search marketing strategies for internal and client projects. Rhea is also an associate editor for Search Engine Journal and speaks locally on search engine optimization techniques.

Millennials â¤ï¸ Snapchat: 15 Tips on How to Use Snapchat for Business