Search Marketing > Digital Marketing Optimization > When Marketing Goes Too Far: What T-Mobile and TLC Have in Common

When Marketing Goes Too Far: What T-Mobile and TLC Have in Common

Over the past couple weeks, I’ve encountered a couple marketing ploys that have caused me think about the marketer’s responsibility in creating straightforward messaging people can trust. While many of us in the search marketing world believe in quality marketing practices, there’s a lot of people out there – both online and in other channels – who aren’t putting the end user first.

Enter my recent experiences with T-Mobile (which I usually love) and TLC (The Learning Channel). And while this post may be a bit rant-y for some, it will make you think.

On the day I opened the text we’re about to discuss from T-Mobile, it was close to midnight and I’ll admit, I wasn’t paying full attention because it was the ends of a long day. With a more critical eye, I may have been able to pick up on the nuances of the offer.

But try to put yourself into the mindset of a multitasking, tired person (half of America) and tell me what you would think if you got a text that said, “You’re eligible for a full upgrade now,” which included a link to the following video.

What I may have been able to discern if I was paying closer attention is that “full upgrade now” doesn’t necessarily mean “free.” To be fair, in the video it stated I would be saving more than my normal upgrade costs, indicating there would be a cost. But I didn’t make the connection. Partly due to the fact that in the past, “eligible for a full upgrade” usually meant “on the house” for the most part with a signed two-year contract.

When you take that, pair it with their limited-time offer and the way they pointed me to two of their most expensive phones that as the phones I was “eligible to upgrade” to and well, touché T-Mmobile on your ability to get me to go online and shop for my new phone, but you suck.

They may have solicited a couple microconversions from me, but when I added the phone into my cart, it was more than $300 at the checkout. How many people do you think abandoned their shopping cart at that moment? (Raising hand.)

Where I have a problem with this marketing technique is the deliberate coupling of various elements that created a very misleading offer.

Oh and get this: the phone was discounted at checkout by several hundreds of dollars, but the price was actually higher than what they were offering users who weren’t logged in (as in non-customers).

And then I logged out and looked at the same phone …

With a little browsing, I did find out I was eligible for a free upgrade. A bunch of crappy phones I would never use. Apparently downgrading is the new upgrading.

I’m not sure who is at the helm of this marketing ploy, but me no likey. And I’m not the first person who has been confused by T-Mobile’s marketing:

Have you seen this “Breaking Amish” business? What about “Extreme Cheapskates?” These are both TLC “reality” shows,  and I’ll admit, I got sucked into an episode or two.

That was until I realized TLC was pulling a fast one.

Look, I know reality shows aren’t real, per se. I know the events are orchestrated and the conversations are sometimes scripted. But these two shows on TLC are taking fake reality (it’s sad that term actually has meaning) to a new low.

The premise is a group of young adult Amish/Mennonite that decides to leave the simplistic ways of traditional life for The Big Apple. They shed their modest clothes and their cultural values to break free and live their lives how they’ve always wanted.

It first struck me as odd at how quickly the cast was able to assimilate into modern pop culture, with the slang they used, the gossip and the drinking — lots of drinking. But I decided something was definitely fishy when one of the women decided to pursue her lifelong dream of becoming a model.

It was her “very first” photoshoot, and no newbie model – let alone a modest Amish woman who had no access to TV – would know how to move like that in front of the camera. C’mon people, I watch Top Model.

So I Googled “Breaking Amish”, and looks like others were suspicious, too:

In fact, there’s a whole Facebook page dedicated to using hard evidence to prove that the scenarios TLC is creating are completely made up. 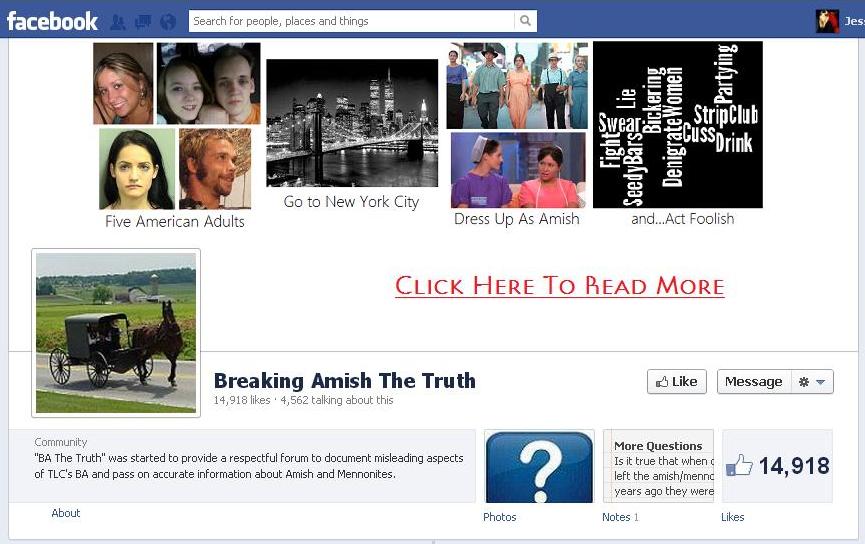 Then I caught TLC’s other new show: “Extreme Cheapskates.” I thought, OK, these people are outrageous and go pretty far to save a buck, but hey, people be trippin’ these days … you never know.

Then this guy comes on. A Zumba teacher of all professions? Who owns a lowrider that hops? That he bought with the exact amount of money he was paid to participate in a clinical study for butt cream? And I’m also supposed to believe his car is that clean from using the squeegee at the gas station?

And then I see this woman on the show who says she doesn’t buy toilet paper because she doesn’t believe in spending money on things that just go down the toilet. Well then what the hell is that in the bottom right corner of the screen, hmm? 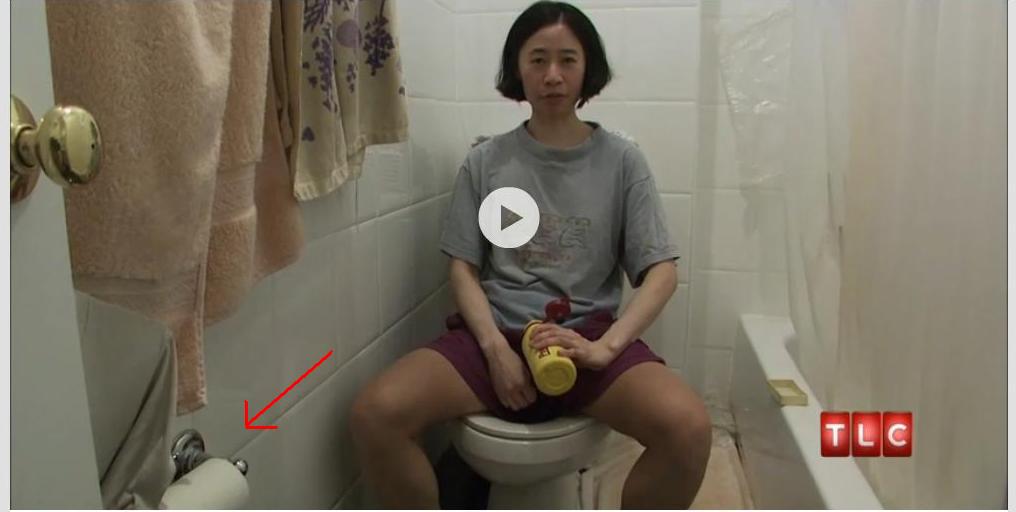 What’s the Point of This Rant?

The moral of the story is that deceptive messaging is all around us. Most people are probably too busy or too distracted to analyze what’s really going on. I was one of those people last week when I read that text from T-Mobile. I was also one of those people when I got sucked into an interesting storyline about Amish people living in NYC.

But what’s even more concerning is that the general population likely won’t ever stop to question it. So as marketers, we have to question what our responsibility is in the whole scheme of things. I know that’s probably way too “unicorns and rainbows” to be realistically attainable all the time, especially when we’re talking the world of television.

But I’d wager to guess most of us could apply more discernment from time to time in the output of our work. We could probably ask a little more: Is it good for the end user? Is what we are communicating straightforward and easy to understand? Decide what the guidelines would be for applying discernment in your particular discipline in marketing.

And I’m not even talking about the right or wrong decisions. I’m talking little adjustments. For example, in the world of content, there are ways you can go about developing content or things you could say just a little differently that gives your content the integrity your end user deserves.

So where can you improve your user’s experience?

2 Replies to “When Marketing Goes Too Far: What T-Mobile and TLC Have in Common”

I completely agree with the spirit of the article but as a friendly observation, it seems that the two versions of the phone that you looked at are not, in fact, the same. One is the 16GB version and one is 32GB. I don’t know if that accounts entirely for the price difference you saw but it potentially could. Otherwise, thanks for your post!

Thank you for pointing that out! I went and double checked and looks like the price is still less for the 32GB than what they quoted me when I was logged in, but I did update the photo. Appreciate the comment, Meylakh!