Everyone Wins When We Search for the Cure 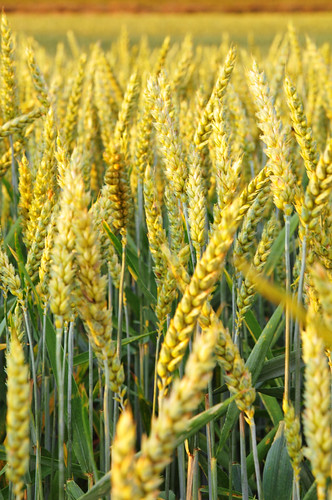 Norman Borlaug passed away over the weekend.

As a family said goodbye to a father, the world mourned a hero.

You may not know his name. I didn’t before I read it in his obituary last night. But Norman Borlaug was a champion of science, of progress, and most importantly, of humanity.

Born to a hard-working farm family, growing up during the Great Depression, Norman Borlaug dedicated his life to eliminating world hunger. An agricultural scientist, his work led to crops with much higher yield and better disease resistance. These new crop strains have been credited for bringing agricultural self-sufficiency to developing countries around the world.

Norman Borlaug is one of only five people in history to have been awarded the trifecta of humanitarian achievement: the Nobel Peace Prize, the Presidential Medal of Freedom and the Congressional Gold Medal — honors deserving of a man who dedicated his life’s work to a greater good.

Much like the late Norman Borlaug, the search community is full of passion. Many search marketing professionals bring an excitement and enthusiasm to their work, echoing the old adage: Find something you love to do and you’ll never have to work a day in your life.

There’s also success to be found through the opposite approach. Apply what you do to something you love and the task at hand will be less work and more love. That was partly what Norman Borlaug did. He took the farming background that came naturally to him, and he used these skills and talents to start the humanitarian revolution he had dreamed of.

In life we strive to strike a balance between our careers, our families, our friends, our communities, and the meaningful issues located at the crossroads in between. And if it’s possible to turn a day-to-day skill set into a force for good, that’s a powerful path for giving.

“We get satisfaction from helping causes we believe in, much the same as with commercial SEO, yet with a different kind of payout,” said Ryan Freeman, winner of Bruce Clay Inc.’s second SEO charity contest. 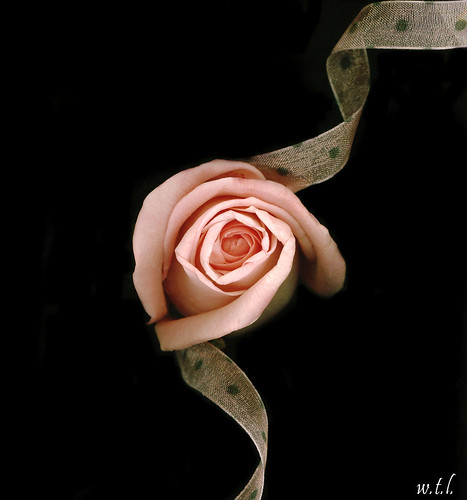 Through the end of the year, one major search engine is helping to make what they do best a catalyst for social change and educational advocacy. Ask.com is currently the fourth largest search engine and a valuable part of parent company IAC’s eighth largest online network. But the company doesn’t take its power and influence for granted.

Today Ask announced and launched Search for the Cure®, an effort to fight against breast cancer and raise awareness as visitors use the search engine.

The initiative benefits Susan G. Komen for the Cure® and you can help just by doing what you already do.

“We know people have a choice for the search engine they use and we’re asking them to use us more often, just as they normally would, and as they do that they’ll be raising money for breast cancer awareness at the same time,” said Scott Garrell, president of Ask Networks.

“According to a Yankalovic study, most women, at some point supported this cause in one way or another, even if it’s just wearing a ribbon. But what the research says is that the top reason for not supporting this cause further today is money — and it totally makes sense given the economic times that we live in,” Garrell added.

“So what we’re offering is a free and easy way to raise funds to prevent breast cancer, and beyond that, not just offering funds, we’re also going to offer real education and awareness on our site.”

How to Participate in Search for the Cure

There are lots of ways to take part in the Search for the Cure. You can start by adding a special skin to your Ask.com home page. From there you can answer the daily set of breast health questions. These actions result in a $.50 donation, and can total up to $100,000 by the end of the year. 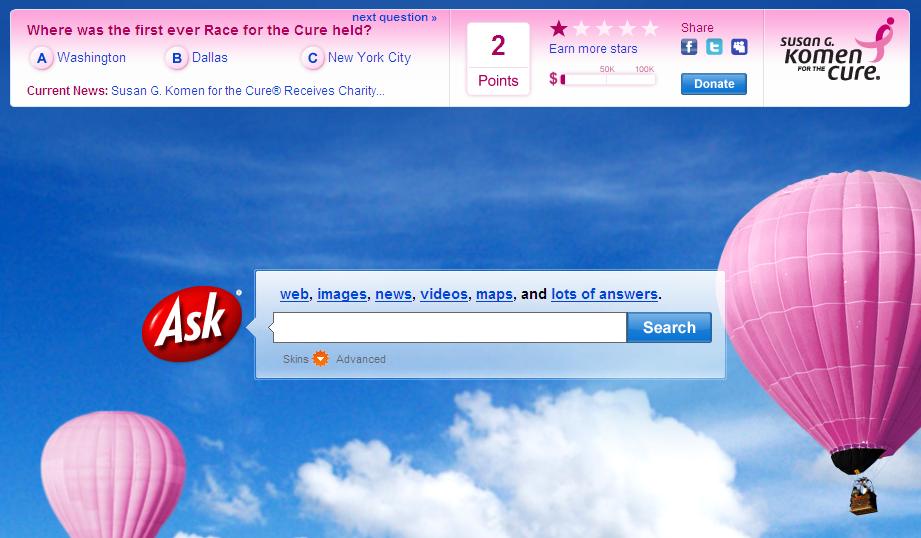 You can also install the Susan G. Komen for the Cure Toolbar for Internet Explorer powered by Ask.com, available later this week. Using the toolbar will also count as a donation-driving action.

“There’s nothing more fulfilling than doing something which helps consumers with education and awareness, helps raise money for an important cause, and along the way, might help us connect in a more meaningful way with our users,” said Garrell. “It’s something I hope is a win for everybody.”

Norman Borlaug spent decades engulfed in not only the fight of his life, but also the fight for billions of lives around the globe. He was truly an incredible man, counted among the ranks of Mother Theresa and Dr. Martin Luther King, Jr. in his humanitarian accomplishments.

But in remembering him, I believe that such selfless and productive giving isn’t out of my reach. I believe it’s possible to combine professional accomplishments and a fervor for social justice to glorious effect.

Each month I compile the inspiring search and tech stories I find for the SEO Newsletter Attaboys. This month I collected a record-number of stories that tell the tale of search and tech community members making a difference in the world.

These are only a few of the touching stories that develop every day in the search community. The desire to give has long been a driving force in our growing world. Now with Ask.com’s Search for the Cure, we have another vehicle through which to give.