The @Unmarketing Keynote by Scott Stratten at #Pubcon Las Vegas

Scott Stratten has given us all a copy of his latest book QR Codes Kill Kittens. It’s a book about telling people off. Scott’s world is “unmarketing” – Twitter name, website name, his first book.

His biggest claim to fame is the Nooooooooooooooo button – now a free app! “N” + 15 “O”s

Scott has been online since 1994 and that button is what he’s known for, he rants. The average visit duration is 27 seconds. The “Noo!” is 3 seconds. What are people doing for 24 seconds? 29% of visitors are repeats! He thanks them.

He shows us the keywords he ranks for. Basically any version of “no” with more than one “O”. The audience laughs at the slide of a list of “nooo”s and he says we’re the only crowd he’ll speak to who will ever enjoys that slide. 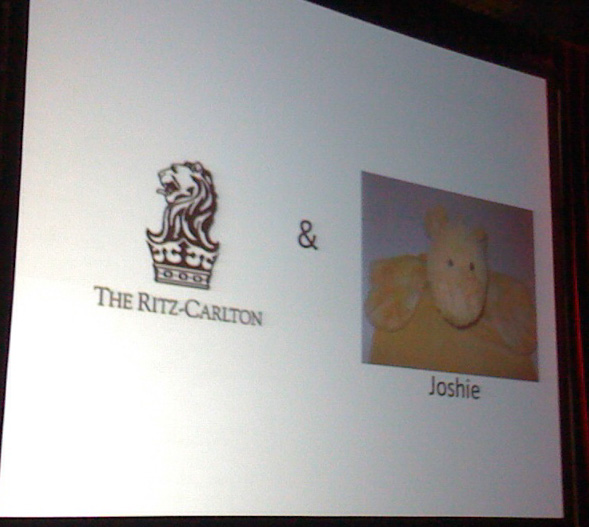 Which is more valuable in the slide above? Joshie is a stuffed giraffe that a kid left at a hotel. When the kid got back home and was freaking out, his dad lied and told him Joshie was enjoying an extended vacation. His dad called the hotel and not only did the hotel find and overnight Joshie back to the family, but they took photos of Joshie on vacation, lounging at the pool, hanging at the bar. They even made Joshie a staff badge as part of the Loss Prevention unit. They took all this and put it in the package back to the family. When dad got it, he tweeted it everywhere, told everyone and blogged it for the Huffington post. 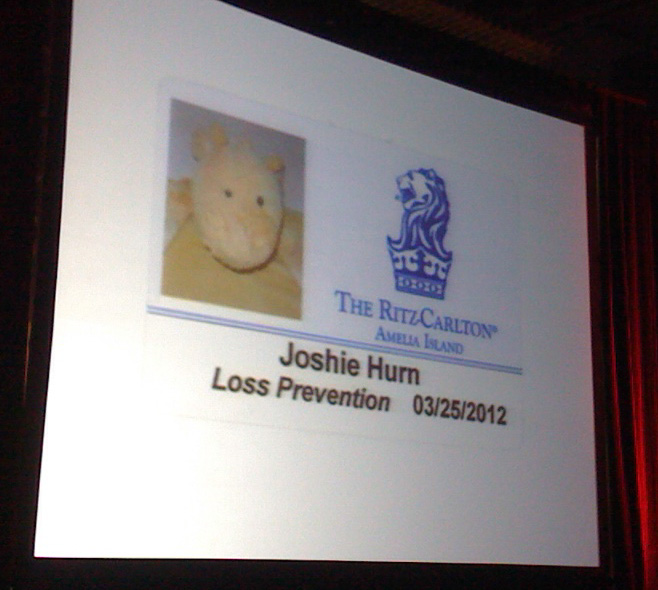 Scott has been doing viral WOM marketing for a decade. There’s no secret to it. Do something worth talking about. The biggest myth of social is that you have to be there.

He puts the Ritz-Carlton logo back on the screen. We think this is branding. If we had a better logo, we’d be more effective. No one ever said, the bed is hard and the service sucks but did you see the logo?!

He has a problem with QR codes. It’s not technology that’s the problem. It’s marketing that screws it up. QR codes have potential. Parents know this means “he sucks today but in the future he may not suck as much.” For every good example of QR codes there are a thousand bad ones. The slide has a photo of a plane pulling a banner with a QR code and he runs across the stage miming holding up a cell phone to take a picture.

Think before you QR: 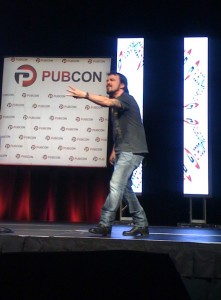 Scott goes on an epic rant and the audience is cracking up. He’s seen a QR code on a website and scanned it and where does it take him? The website. Every time we use a QR code wrong it makes people less likely to scan it again the next time; we’re hurting ourselves.

Breaking it down with data:

Be careful with “headline data” – data that says one thing; always dig deeper with numbers. Google+ said that 60% of users signed in daily. In reality, the number was 60% of Google account users sign in daily, not using Google+, but because it’s part of signing into Google.

If it works for you, keep using it. The most important benchmark or case study is yours. If you’re using a social media site for SEO you’re not social. He says LinkedIn is like a contact management system, not a social network. Be careful when you hear pictures spread most on Facebook because it’s what’s in the picture that spreads.

Immediacy Is as Important as Authenticity

He had a problem with Delta Airlines. He was early at JFK for his flight and going through the security line and security started letting people to the front of the line who were late for their flight. This got him onto the first level of Canadian anger – passive aggressiveness. He keeps snaking through the line and then it was the dance of the flight attendance. They didn’t say thank you or excuse me and didn’t even look at anyone. By the ninth flight attendant who has bumped into him without a word he gets to stage 11 of Canadian anger: swearing. He turned to her and said “C’mon!” She turned around and shouts, “What?!” He said, “Not one of you said excuse me.” She said, “Well open your ears!” 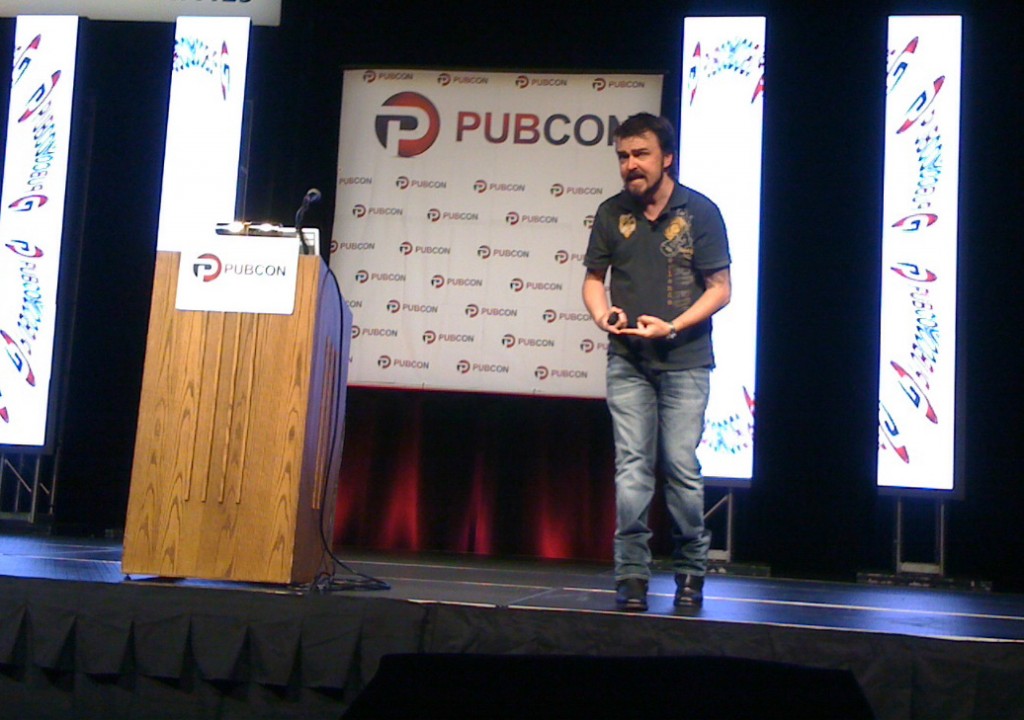 He indulges in a fantastic rant about shunning Delta for all the next generations of his posterity. He tweeted his 160k followers about the incident. 3 minutes later @DeltaAssist tweeted him back an apology. He was totally consoled. Not only is authentic response required but also immediacy. If it had been 3 hours later or 3 days (the average turnaround time on Twitter) it would be much worse. If you’re not going to be there quickly, then get out. The worst thing is mandatory social. If you do social, you have to do it well.

Scott launched the Unpodcast 5 weeks ago. It’s the most fun he’s had in business. As creatives know, when you publish something you’re putting yourself out there and are a little vulnerable. It costs about $500 for each high-quality video podcast. One piece of feedback he got from someone who hadn’t even listened to it yet was “56 minutes?!” Be careful what you do with feedback.

A FedEx delivery man was photographed by a security cam throwing a package over a gate without buzzing or anything. This video went viral more quickly than everything he’s ever seen. It was computer monitor, i.e. a package for a geek. You don’t want to piss off geeks. How does FedEx recover? They did one of the greatest corporate blog posts on the same day (immediacy!) called “Absolutely. Positively. Unacceptable.” They owned it and explained what they’d do for the customer and to the employee. They left the comments on the post open. The posted a video from the Senior VP of U.S. Operations. If you just own it, we’re a forgiving society. FedEx made themselves look better than they looked before the screw up. You can’t stop the viral but you can tack onto it with an applause-worthy interaction.

You can’t control the fact you’re in the spotlight, but you can control how you act when you’re in it.

@MensHumor: This morning I gave birth to a food baby and I think @tacobell is the father.

Still on the hunt for actionable tips and insights? Each of these recent SEO Content posts is better than the last!
Bruce Clay on November 24, 2020 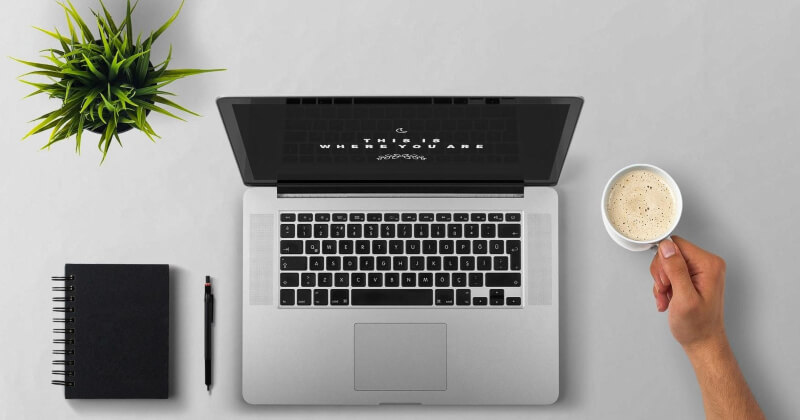 The 13-Step Web Content Audit to Boost Visibility in the Search Results
Bruce Clay on May 28, 2020 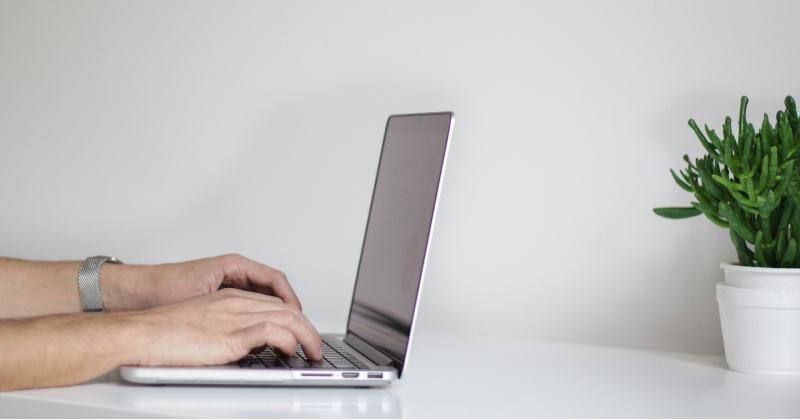 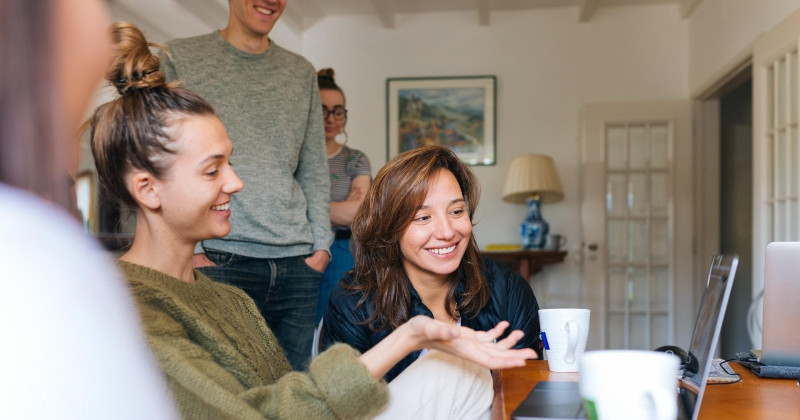 I agree – I thought Scott’s keynote was fantastic!

That was the best pubcon keynote… ever! Thanks so much for the great summary, Virginia. 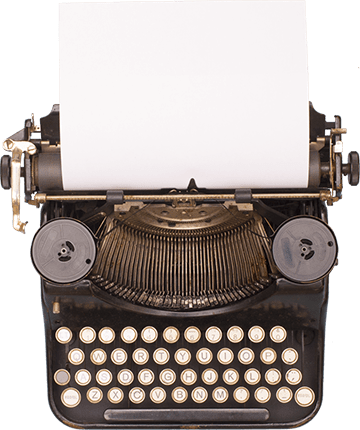