On Feb. 26, Google announced it would “surface content from indexed apps more prominently in search.” This announcement brings up an important question for digital marketers: are apps the new SEO frontier?

Did Someone Say Ranking Boost? 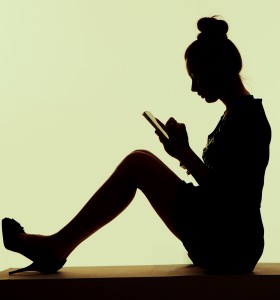 Google’s Feb. 26 announcement that the search engine will now “surface content from indexed apps more prominently in search” is significant news for SEOs. If a user has downloaded your app, your app content can get a ranking boost in their SERP — and if a ranking boost is on the table, it definitely makes an SEO stop and consider the possibilities.

On average, people install 26 apps on their phone … but there are more than 1.3 million apps in the app store. And we know that 5 percent of apps drive 92 percent of all app downloads. Moral of the story? Apps are a very competitive space, and before any coding begins, it’s important to determine whether or not an app is worth the investment for your business.

There are many reasons a user might download an app. Chief among them, according to SEO-chatters, are:

The Current Effect of Deep Linking

Igal Stolpner, head of marketing Investing.com, has already enabled deep linking on an app. (Deep linking is necessary for app indexation). We asked if he’d seen a ranking boost, and he had this to say:

@BruceClayInc a very slight increase, nothing drastic. In the photo – sessions from Google to the app. #Seochat pic.twitter.com/NpVUfkDzaH

While Stolpner is right — there is a very slight increase — it’s hard to say that this was, in fact, a boost from deep linking. The slight increase could be attributed to a variety of factors.

The lack of clear ranking boost evidence is consistent with what we’ve seen in our own clients at Bruce Clay, Inc. We have not seen any apps changing rank in the SERP (yet?).

In any event, deep linking should be implemented for all apps. Learn more about indexing your app in this Google Code Lab.

The conversation touched on app store optimization. Matthew Young, a senior SEO specialist at Adobe, advised app developers to consider SEO 101 items: “Optimize the titles and descriptions with keywords, use video and images. Also, linking to the app listing in Google and/or Apple is a good thing, as well,” he tweeted.

Other participants advocated garnering reviews and having clear screenshots showing what the app will look like when you use it.

The Effect of Wearables on Apps

When asked how wearables will change the way apps are used and developed, Chad Lio (digitial marketing manager at Massage Magazine) said that he could see a future where developers make two versions of an app: one for mobile and one for wearables.

The development of wearables, of course, depends on an industry’s demand. All parties agreed that the space where apps for wearables is destined to skyrocket is fitness and health.

Read the entire transcript of the March 26 #SEOchat on “Apps: The New SEO Frontier.” You can also hear Bruce Clay’s thoughts on apps in this SEM Synergy podcast.

Have you seen a ranking boost from deep linking? Share your insights (or questions) in the comments!

Still on the hunt for actionable tips and insights? Each of these recent SEO posts is better than the last!
Bruce Clay on September 3, 2021

Can You Trust the Site Authority Metric?

This is very good news for app developers!

I want to develop a app for my website but I didn’t know programming , is it possible to develop app from online website without any fee ?

I have seen many Apps those are very helpful in todays age. And there is no doubt that it would be next age of internet as well. Nice sharing

Yeah. Apps is a future of internet. But i have 8 apps on my mobile;)