Ten years, a crack commando unit was sent to prison by a military court for a crime they didn’t commit. These men promptly escaped from a maximum security stockade to the Los Angeles underground. Today, still wanted by the government, they survive as soldiers of fortune. If you have a problem, if no one else can help, and if you can find them, maybe you can hire… The A-Team.
If that intro gives you the nostalgic tingles like it does for me AND you are interested in SEO, then you may very well like this post. I have fastidiously researched all the members of the A-team and using advanced and very technical psychometric algorithmic analysis matched them to well known practitioners of SEO. [Yeah… right – Kate]

The A-TEAM Intro – More amazing videos are a click away
So without further grandstanding I give you the:
THE SEO A-TEAM
Bruce Clay as Col. John “Hannibal” Smith
In every fun Friday post I am contractually obligated to make Bruce the leader of whatever imaginary/fantasy team I am making, I kid, but Bruce is a great choice regardless. It may be the similar salt and pepper hair with the same suave side parting that the duo share that does it or the fact that Bruce is a natural leader whose plans (seo strategies ) always deliver. Bruce just like Hannibal “loves it when a plan comes together.” Btw I dont condone cigars but it is really difficult to find a picture of Hannibal without one. 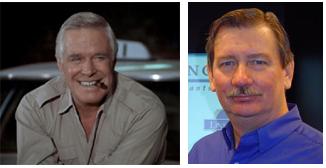 Rand Fishkin As The Face (Lt. Templeton)
Face is the smooth talking, charismatic and charming ladies man of the A-team. Now I know Rand is happily married, but have you ever heard Rand speak? That guy is one smooth operator, soothing clients fears with his easy going manner while still being recognised as one of the “Faces” of the SEO industry. Both Rand and Face have the enviable ability of making their organisation (SEOmoz and the A-team respectively) look good on all fronts. Once again the fashionable (in the 80’s) side parting makes a comeback with both Rand and Face doing it justice. They even both have their own fashion accessories, Face has a different lady on his arm every A-team episode while Rand has his yellow Puma’s that he wears to every SEO conference. 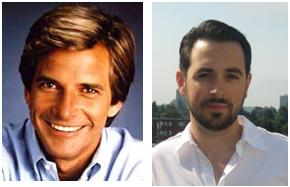 Mike Motherwell as Capt. H.M. “Howling Mad” Murdock
Murdock is the team’s pilot and who has been declared insane and resides in a mental institution. The first name that came to mind when picturing Murdock is local boy Mike Motherwell. I have seen him moderate a few sessions at SMX Sydney as well as being part of the site clinic at that event and as SEO’s go he is pretty crazy(to be honest we are not the most adventurous bunch so that is not saying much). Some of the gems he came out with while commenting on www.eatout.co.nz during the SMX Sydney site clinic allow me to make the comparison. They both have almost encyclopaedia like-knowledge with Murdock knowing everything about most things mechanical whilst Mike has the same volume of knowledge about all things SEO-related . 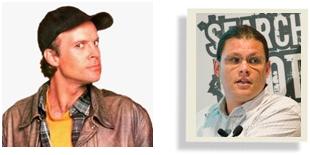 ? As Sgt. B.A. “Bad Attitude” Baracus
Try as I might I couldn’t think of anyone who quite cracked it as the iconic B.A. Baracus. Nobody I could think of could quite deliver the phrase “I pity the fool” with such deadpan seriousness as BA did, so I am asking you dear readers to help me come with somebody in SEO who in any way reminds you of BA. 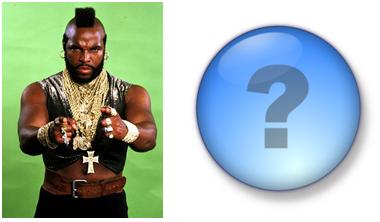 Matt Cutts as Colonel Decker
So a bunch of elite, soldiers of fortune running around helping the downtrodden and persecuted to break free of relentless hardships such as low ROI on their websites. There can only be one person chasing them down. I give you Matt Cutts as Colonel Decker, this man has only one objective, to hunt down and capture the A-team for the crime of buying links and using white text on their client’s pages which they didn’t commit. 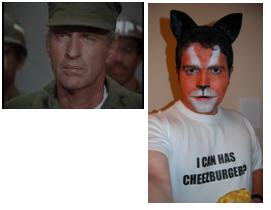 Hope you enjoyed this little trip down memory lane in homage to one of the best T.V shows ever created.