When Search Engine Optimization All-In-One For Dummies by Bruce Clay and Susan Esparza arrived at the office today, we spared no time and put it straight to work. We took a cue from Ian Laurie of Portent Interactive, and let me tell you, this kid is a natural. Look at everything it did today!

This morning, despite the sleep still heavy around its eyes, SEO All-In-One For Dummies came through and brewed us up one smooth pot of coffee. 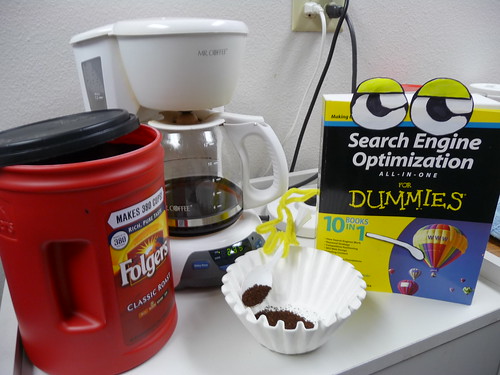 We’ve always got lots going on around here, so once the caffeine kicked in SEO All-In-One For Dummies tried its hand at some incoming sales calls. 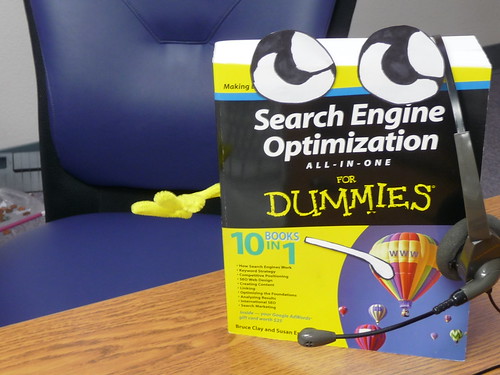 When the phones had died down a bit, our tech support team asked if SEO All-In-One For Dummies wouldn’t mind helping out with technical calls about the SEOToolSet. Turns out it knows the tools inside and out! 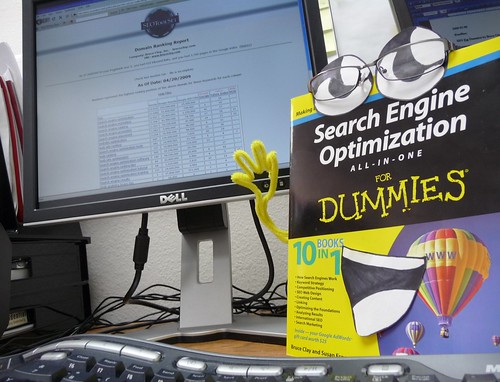 Then it was time for lunch, but never one to stop working, SEO All-In-One For Dummies pitched in and fed the fish instead. Mmm mmm! 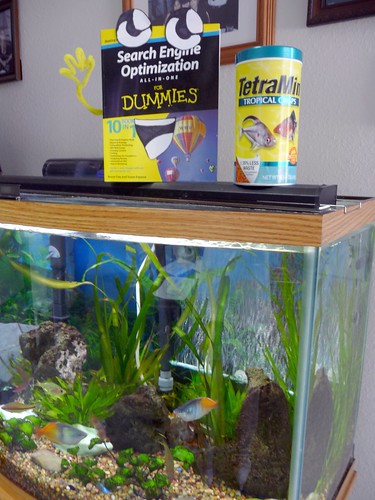 Bruce is out of town presenting SEO training on the East Coast this week, so SEO All-In-One For Dummies slapped on a mustache and filled in for the big guy. 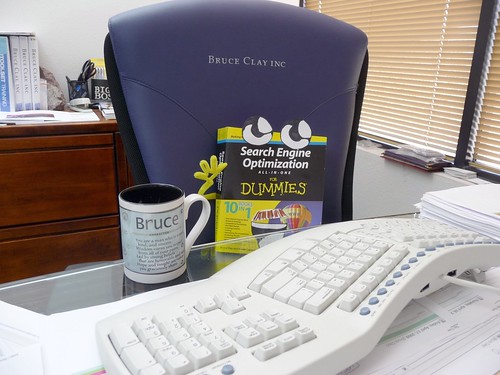 After he had his fill of being the boss, SEO All-In-One For Dummies stepped in for Robert during his lunch break. It did all it could to intimidate people into submission, but apparently Tim didn’t think it was all that scary. 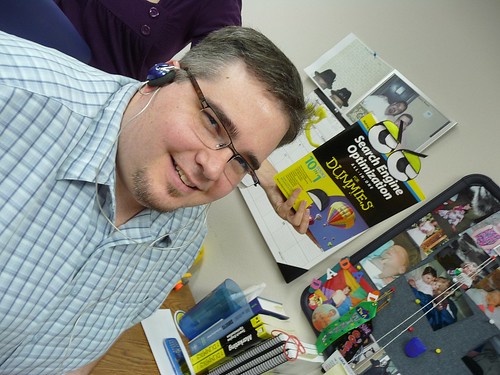 The joke was on Tim though! In the office, SEO All-In-One For Dummies is just a powerful reference guide for Internet marketers. But outside it spends its time fighting villains and saving the day! 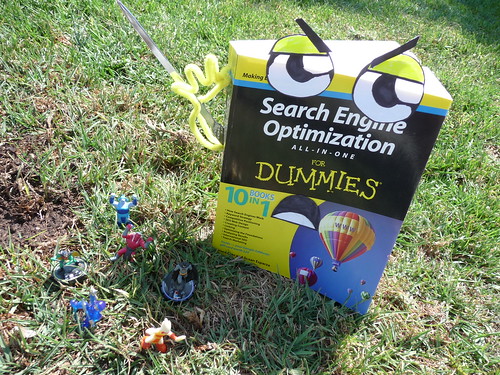 After beating the bad guys into submission, the victorious SEO All-In-One For Dummies flew off into the sunset… 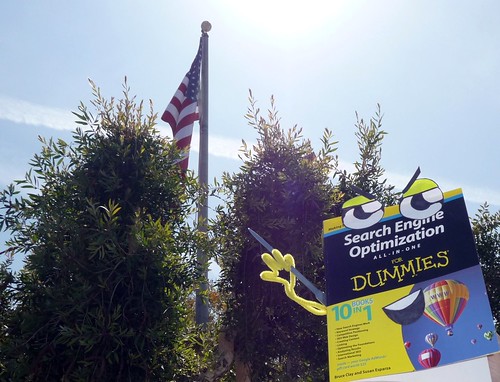 And got back just in time for its big red carpet debut! Isn’t it pretty? 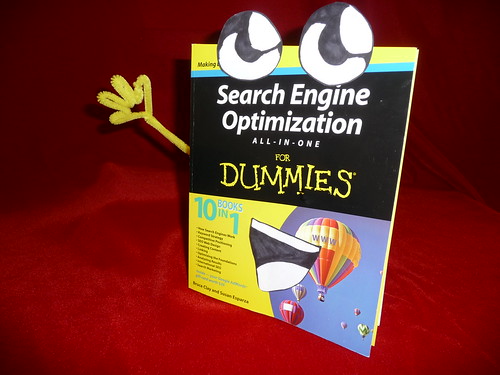 Search Engine Optimization All-In-One For Dummies is available now through Amazon, Barnes & Noble and Borders. Along with 746 packed pages, you also get a $25 coupon for Google AdWords. So get your hands on all the information in Search Engine Optimization All-In-One For Dummies. As hard as we made it work today, we know it will work just as hard for you.

Still on the hunt for actionable tips and insights? Each of these recent SEO posts is better than the last!
Bruce Clay on July 12, 2021

Core Web Vitals: First Input Delay – What It Is and How to Improve It for SEO

Thanks for the reply, Virginia. It wasn’t a HUGE deal, but I think it was obvious. I’ll be on the lookout for the new SEOToolSet.

Hi Dee,
Sorry for the confusion. Throughout the book the authors reference the current SEOToolSet as well as new tools that are currently in development. Bruce Clay, Inc. has begun releasing parts of the new SEOToolSet, such as the SEMToolBar for Firefox and IE and the Search Engine Optimization KSP tool, with the full SEOToolSet due for release this year. The book’s authors tried to use examples of the new SEOToolSet as much as possible so the book wouldn’t become outdated upon the release of the new tools. I hope that helps clear things up!

I bought the book and have a question.

Who edited this book?

This looks great. And nicely done too. Will surely check out this book.

May peace be upon anyone who patronize here,

Firstly, congratulations for Bruce and Susan and also all those who helped them directly and indirectly during the course of creating the book.

I read most of the SEO books that are published. Bruce and Susan’s book is THE most comprehensive SEO book on the market today. Thanks so much for all the great information.
I also went through Bruce’s training course. It was tremendous.
…And yes, you can quote me!

LOL well done, I feel like SEO All-in-one for Dummies does in the morning before my coffee as well.

I’ll definitely be checking out your book!

I’m getting mine this weekend! Borders + 40% = $24!!
With the $25 Adwords code I make a profit already! I am sure that after reading the book I will make even more profits.

I bought it last week. It is jam packed with great information!

haha, great little story line, if that doesnt sell and extra few books, we all might as well give up our day jobs and retire.
bruce, you have a branded chair mate that is seriously the coolest thing ever.
keep up the fun stuff and thanks for making me smile

It is on my wishlist, so I haven’t met it yet, but man oh man, it sure does know how to make an entrance! Very nice and congratulations!!! This had to be exciting for you guys :)