This is an Social Media Boot Camp session, geared at laying a basic foundation for learning about a topic. The presenter is Jennifer Sable Lopez, @jennita, Director of Community at Moz. Basic guidelines for social media management follow.

You’ve heard the advice “don’t be a robot” on social media and that’s great advice — unless your brand is a robot. ;)

Social media story: Pharrell Williams and Arby’s. Arby’s made a joke that they wanted their hat back from Pharrell. Pharrell decided to auction that hat off for charity and Arby’s bought it. Arby’s got to show personality, interact with a notable celebrity and get kudos for supporting charity.

Social media story: Men’s Humor and Taco Bell. Taco Bell embraced their stoner food community when, in response to a tweet by Men’s Humor about delivering on 420, Taco Bell said they’d be raking in the sales on that day anyway. #Balling 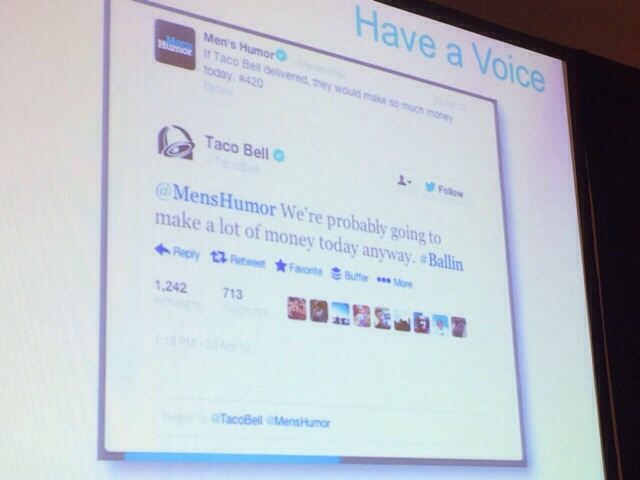 @tescomobile starts conversations. “Whose number would you rather have in your phone: #JustinTimberlake or #RyanGosling? Discuss…

Have a little fun.

Many Brands are Exceptional

Look to brands who are doing social the right way. 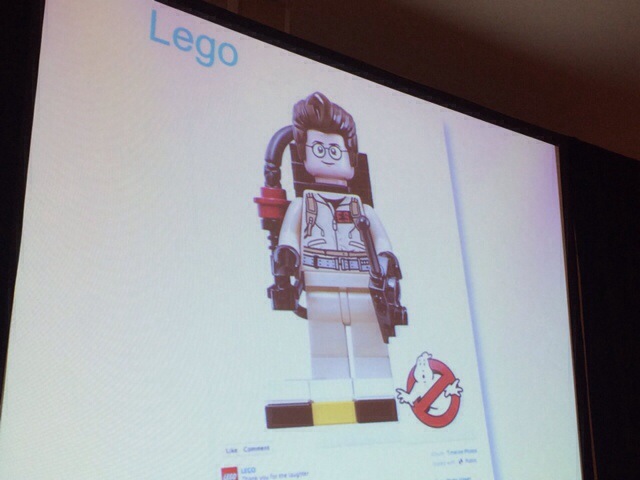 What Happens When Brands Screw Up?

Have you heard of most of those success stories? Maybe not. But she bets you’ve heard of these screw up stories. 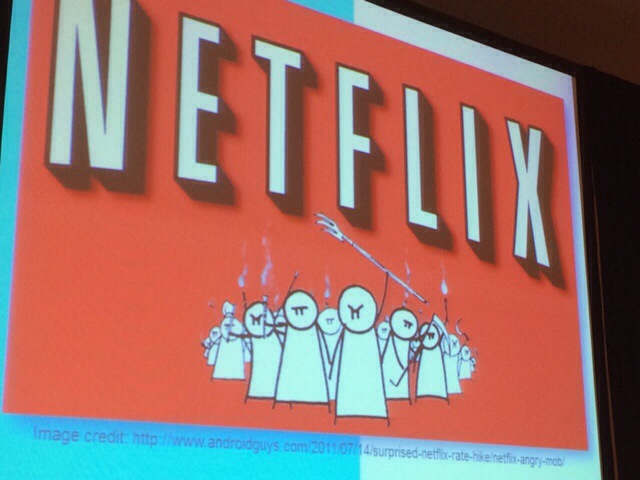 Everyone talks about their grievances and not so much the things they like. So, here are ways to avoid the scrutiny.

1. Separate business and personal.
Social media story: Red Cross. A community manager accidentally wrote a personal tweet about drinking on the @redcross account. Red Cross made the most of it by reassuring followers that the rogue tweet was deleted and that the Red Cross is sober.

2. Think before your reshare.
Social media story: Spike Lee and the wrong address retweet. He tweeted the address of George Zimmerman but it was actually a little old elderly couple who were shocked by the sudden attention.

3. Be kind, rewind.
Check scheduled posts if some major news event happens. When the recent Malaysia Airlines crash happened, someone should have paused their scheduled tweets so the Twitter account did go on as business as usual.

4. Know what’s going on in the world.
A clothing boutique saw that #Aurora was trending on Twitter and tweeted about an “Aurora” dress they sold. Unfortunately the trending topic was related to a shooting. The boutique should have clicked through to the trending topic to see what it was actually about.

5. Don’t schedule a post when you’re obviously doing something different.
It’s kind of awkward when you’re a public personality or brand and people know you aren’t tweeting when a scheduled tweet goes out about something else.

6. Know your beef, a.k.a. your focus.
Unless you know what your community cares about no one will pay attention.

7. Remember that it’s about them (community members), not you.

9. Take it offline.
You should not go crazy and get personal on social media. See: Amy’s Baking Company Bakery Boutique and Bistro.

Jennifer Sable Lopez has made her slide deck available for viewing on Slideshare.