I wasn’t lucky enough to attend SES Toronto so I’m still getting caught up on all the feedback and session reviews that came out of the event. In doing that, I stumbled across Andrew Goodman’s review of the event where he talks a lot about the lessons that he and SES’ Global Content Director Kevin Ryan learned last week.

According to Andrew, the key “thesis” of the event was this: The core stuff works. The core stuff has evolved tremendously. It is vitally important and it is still moving the needle.

In other words, don’t be so quick to let go of the traditional search engine optimization techniques in favor of the big Web 2.0 buzzwords. White hat SEO is evolving and is all the advanced SEO you need to rank well in the search engines and bring targeted visitors to your Web site.

I’d also have to agree with Andrew’s statement that white hat SEO is being undervalued and underinvested in as search marketers jump ship to experiment with social media and try their hand at buzzword bingo. There may be great value in spending the time and money creating Facebook applications, toying with viral YouTube videos, and seeing if MySpace is filled with anything other than strippers and bands, but that often comes with an awfully low return on investment compared to the traditional stuff. Andrew takes a cue from Seth Godin and says that building the marketing sprinkles on top of your meatball sundae won’t get customers into the basic navigation towards key objectives. That Facebook application you just invested 2 months creating may look delicious but it probably won’t get your customers headed down that conversion path; however, a site that is technically sound and properly siloed will. Every time.

No one is dismissing the power that can come with social media. I’ve seen companies and do it well. However, the best way to kill your Web site is to start focusing all of your energy on social media and losing your focus on the core factors like content strategies, natural link development, analytics, paid search, conversion funnel optimization, etc. There’s a reason these tactics have stood the test of time. And despite what some “SEOs” will try and tell you, they are progressing, they can compete competitively, and they do work.

Black hat SEO and getting quick links through social media are sexy topics. They’re the crowd pleasers at SEO conferences even though three quarters of those in the room could never implement them. I get the appeal. However, the power of white hat search engine optimization has been proven over and over again, even if it is considered boring or square to promote it. White hat works. Every time. Don’t discount it.

I found the anecdote below recounted by Andrew especially amusing:

“One delegate approached me nervously about the schedule for late on Day 2. Would the link building session actually focus on link building? Because if he was going to have to hear more general talk about social media, he definitely did not want to attend that session.”

Hee. It’s good to know that not everyone is addicted to the Web 2.0 kool-aid.

Props to SES Toronto for putting on what looked like a great show that concentrated on the heart of what search engine optimization really is. With any luck I’ll get there next year. 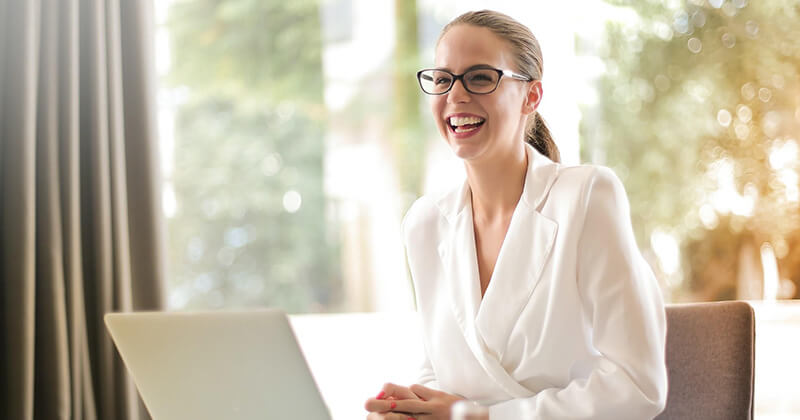 Advanced SEO= Lets sell seats to another useless seminar. You could read what I wrote from the mid to late 90’s and the info there would for the most part be as good as what was taught at the seminar. Social Media is basically the same as community building and the strtegies are no different the only difference is the enhanced interaction with the audience which essentially is the direct result of an improved community platform. The strategies never change they are just applied with an enhanced experience!

@lisa barone: I certainly hope we will see you at SES Toronto next year!
@john andrews: my post definitely shouldn’t be construed as drawing a distinction between SES and SMX. I see both conference series as works in progress trying to understand how to evolve. Danny Sullivan has always struck me as a “Heart of Rock and Roll is Still Beating” guy, too. Always reminding us lest we forget of how effective our core tactics are. So the search conferences are trying to experiment and incorporate relevant social media topics – who wouldn’t? – but what makes us searchies so interesting is indeed the ROI focus and our deep conviction that there is something strong in the core approaches to findability. And isn’t a widget strategy just a really good linking campaign, if it works? ;)

You actually can get a link from Facebook. Create a page and add the RSS reader app to it. Pull your blog into the RSS reader. The rss reader app doesn’t have no follow on the links and Facebook pages get indexed in Google. Just an FYI.

Why would you use Facebook, MySpace and YouTube as social marketing examples in an article about Social Sites and SEO when none of these sites will ever return one measily backlink to your site?
0 not one.
Why would anyone mention these sites when two of them are walled gardens, one of them uses redirects in your links and YouTube is a video site and gives you no chance to create any backlinks.
True, social bookmarking sites like Digg WILL return backlinks. But think about this:
If Digg has 5 million users and the average number of posts, from the Digg top 100 to the user who no longer participates is 1 post per day, that is 5 million posts.
How can you possibly expect that Google will see your 1 link in Digg in 5 million others as a backlink to your site. In fact if you submit your site to Digg and no one else Diggs it, I have come to feel that is a negative indicator in Google’s eyes. The worst thing you can do is submit your Digg posts yourself and then get no Diggs.
One of my friends on Social Marketing Central wrote an article that went hot on the Internet. He got like 1500 visitors in a few days and 80 comments. The bad news is that he only got 18 Diggs. Now tell me this: Don’t you think that Google, that has access to the popularity of posts on Digg just like we do, (they are hyperlinks, G can count them) would not see 1500 visitors and 18 Diggs a negative indicator of this blog and the blog post itself?
How do they know that my friend got 1500 visitors? He told them, he uses Google analytics.
It takes 50 to 100 Diggs minimum before Google sees your backlink as valuable.
I can easily get 100 to 200 Diggs for any article I want in Digg in 2 days. I do that through my own strategies and participation.
So social bookmarking if done wrong can actually hurt you. Social marketing is about being social, so be social on social bookmarking sites, don’t just submit you own content and expect that this will bring you results.
Then, after you have done nothing but submit your own content, got 3 measily Diggs and throw your arms up in the air and yell “This don’t work!” don’t go around telling everyone your vast experience in social marketing.

It’s is all about the ROI. I have noticed something, very rarely do I see people talk about social media marketing and ROI. Why? I think it is because it is hard to measure and many people who only do social media don’t get anything but traffic, and not money.

To boil it down to the vitamins… SMX is about the fad and the rush to trendy, high-profile activities, where SES is still focused on SEO that produces steady defensible results? Slow and steady can still win the race?
I’m just trying to draw conclusions.

I went to SES Toronto last week and regretted attending the Social Media Success panel workshop. More goobly-gunk about is a ‘character blog’ bettern than a flog, and group hugs about all that social sharing!

I chose SEO vs social media (though I’ve worked in both) because i love a good hard… return on investment!

“Advanced SEO is just knowing what is the most likely to have the greatest impact for the least investment. The greatest impact will come from different strategies and tactics both of which will be based on the constraints and opportunities of the site being worked on.”
Mike – That’s too logical of a statement for the SEO industry. :) While everyone else is focusing on finding the ‘Golden Egg’ (and a handful of people may find one), I’ll keep focusing on the refined list of SEO strategies that have been successful for me for years.

Hi Marios, The only part of your comment I agreed with is that blackhat is just dumb. You miss the point of what Lisa is trying to say.

Lisa; great post. I think people are starting to understand what is going on now. It’s stuff I’ve been saying since I read the very first thread on the SEW forums about 3 years ago that was discussing myspace and how could SEO’s exploit it. Fast forward 3 years later and I’m still saying the same thing; that social stuff is the latest buzz. I said it back then, and I say it now. Tradional SEO works back then, and it certainly works right now.

It’s amazing the huge numbers of websites who don’t get the very basics of SEO implemented on their sites. The same sites you see asking about links and social media, and how do they do the latest tricks to game the system. The funny thing is that these sites do not realize that fixing their actual sites makes a big difference.

I still feel this is mainly the fault of our very own industry, and I’m happy to read that the SES conference is closer to getting it right.

Advanced SEO is just knowing what is the most likely to have the greatest impact for the least investment. The greatest impact will come from different strategies and tactics both of which will be based on the constraints and opportunities of the site being worked on.
High-risk black hat tactics for a business that is interested in being around for many years isn’t advanced, it’s just dumb. On the other hand, traditional white hat tactics for a site that has already gone through years of on-page optimization is a disservice to the site owner.

Talk about walking around in a circle. :) After all the hardwork that SEO gurus did in their effort to please the search engines, we all end up doing what’s been told us years ago.