Electronic Contacts and the Long Arm of the Law 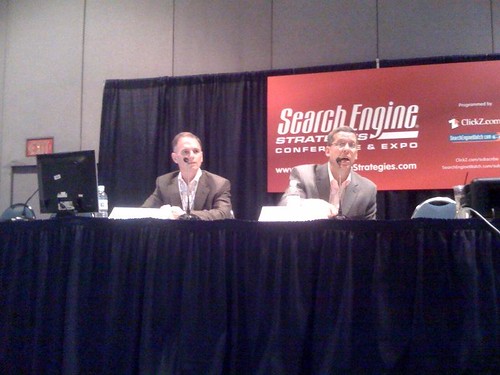 Caveat 1: This is an area of law that’s developed since the country was formed. Therefore this is going to be a broad overview with the goal of giving you the understanding for your business.

Caveat 2: The goal is to do business and make money, so they’re not saying don’t do business. But there are risks to consider. You may decide the reward outweighs the risk.

Most states have statutes that allow a person or company outside its borders to be sued in that state. Find out what your state law is and what jurisdiction another state has over someone in another state. For example, in NY, the Long Arm Statute grants personal jurisdiction over a person or company doing business in NY or transacting business in NY and the lawsuit arises from that contact.

If you transact enough business in the state, it might be fair to have jurisdiction in that state. You also consider the due process — would the person reasonably expect to be sued in that location?

Our forefathers never considered the way business is done today. The system was created based on state borders. That invisible line acts as a barrier for jurisprudence. But with Internet commerce, the goal is knock down all the borders. Commerce is quick and widespread. So how have the courts that have grown with these laws deal with the new borderless commerce? The answer: not very well.

Chloe v. Queen Bee of Beverly Hills: Six weeks ago a court in one state considered a case that revolved around a single transaction in the state by a company outside the state. The finding was uh oh, we don’t have a way with dealing with this — we have to examine it deeper.

Companies and individuals that use interactive Web sites to do business in certain states and with residents of certain states may be sued in that state.

The Zippo Sliding Scale has been adopted by courts: 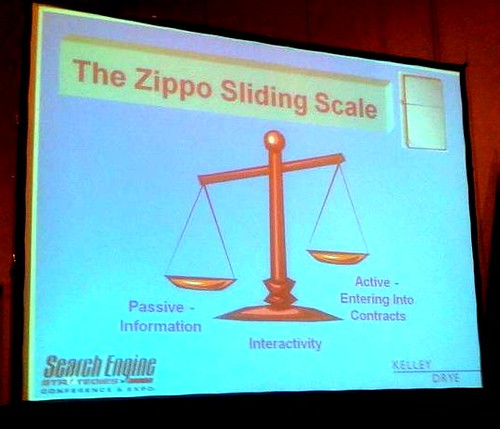 On one side of the interactivity scale is passive information. On the other side is the active site that is selling product and generating revenue. In the middle is some degree of interactivity but no sales are being made. This includes registration, blogging, free items, file sharing.

Even the most passive Web sites have some interactivity. Even tech-slow law firm sites are becoming interactive with blogs and comments and posts.

Here are some cases that illustrate Web site jurisdiction.

Sony/ATV Music Publishing LLC v. CAVS USA, Inc.: Jurisdiction was found based on online orders to over 100 Tennessee customers and just 2.5 percent of products sold there. The court exercised jurisdiction.

New Angle Pet Products v. MacWillie’s Golf Products: $32.97 was spent in a state to buy a product in another state over the Internet. This was enough for jurisdiction.

Square D Company v. Scott Electric Company: This case was based on less than one percent of sales. There are quite a few others that fall in the same group. Even just a quarter of a percent (.25%) was enough in one case.

Societe des Bains de Mer v. MGM Mirage: Sales weren’t even considered. A sales drop-down menu was enough to get jurisdiction because it meant people in that state could buy from the site.

The ninth circuit of California — the highest federal court before the Supreme Court — just made a radical and controversial decision. There were two competing law sites. One site had a completely plagiarized page touting their elder law practice. The Web designer had lifted it from another client. The fact that the plagiarized firm was doing law in CA was enough to give the state jurisdiction.

While Meta tags are interesting from a legal standpoint, they have less relevance to business today. Optimization has more relevance. Keyword advertising isn’t bringing as many legal cases because the plaintiff has to prove consumer confusion. Morris Material and Handling case can be looked at for an example of this case

Personal Jurisdiction in the Clouds

This is the next frontier in the business and legal side for libel, trademark, etc. The courts are grappling with how to deal with these issues.

Capitol Records, LLC v. Video Egg, Inc.: No jurisdiction based on the sheer availability of infringing products on the site. The site didn’t actually generate revenue. But the court found jurisdiction based on substantial ad sales to NY companies. A factual record showed that VideoEgg promoted the NY user base to advertisers. So despite the fact there was no revenue generation from the downloads, the ad revenue was enough.

Contrast that with a case in NY where Royalty Network sued Dish End. The court didn’t issue jurisdiction because while Dish End has big NY advertisers, there was no evidence they had promoted their NY user base to advertisers. This is a good indicator of how courts will consider jurisdiction.

IO Group, Inc. v. LaPerna: No jurisdiction where there were no sales in CA. Uploading files onto CA server and allowing one CA business to advertise on a site was not found to be enough for jurisdiction. The server location and the one advertiser was not enough of a basis for jurisdiction.

Forward Food LLC v. Next Proteins, Inc.: Jurisdiction found based on a single visit to NY, uploading of due diligence documents to a virtual data room for review in NY, and several emails sent to NY.

Chang v. Virgin Mobile USA: A phone company downloaded a Flickr user’s photo and used it on their ads. A court in Texas, where the Flickr server was located, did not find personal jurisdiction. A server isn’t enough. There needs to be some kind of targeting or proof that the company wanted to business there. With more targeted marketing happening, this could provide an easier basis for establishing jurisdiction based on audience targeting.

Mark will now talk about how to protect yourself with the court’s past decisions in mind. He asks, “Why should we care?” You may be considered to be doing business in states you never thought you were doing business in. You may need to comply with another state’s laws. Jurisdiction determines where you can get sued. You may be required to collect sales tax for customers located in other states.

You may need to register the product that you’re offering. If you don’t there could be significant penalties.

Where can you be sued?

Where you get sued matters:

New York and Rhode Island required that a sale that was affected in any way through someone in that state — for instance, if an affiliate led to the sale and resides in that state — pay that state’s sales tax. There are steps you can take to avoid doing business in a certain state.

This is a viable option if:

Odds are you’re probably safe if one or more of these apply.

Don’t offer product or service to residents of that state. Make it clear on your site, and really mean it. If the site blocks them (for instance, if the state isn’t in the sales drop down), the phone sales team needs to know to look for sales from these states as well.

Option 3: Choose where you want to be sued

This can be as simple as including terms in your Terms and Conditions. It’s called a forum selection clause. Something like: “Any claim sought shall be adjudicated in any state or federal court in King County, Washington, and you consent to exclusive jurisdiction and venue in such court.”

This is approached with a choice of law clause: “By visiting Amazon.com, you agree that the laws of the state of Washington, without regard to principles of conflict of laws, will govern these Conditions of Use and any dispute of any sort that might arise between you and Amazon.”

Option 5: Stay out of court

Have an arbitration clause. This is often a quicker, cheaper way of resolving a dispute compared to litigation in court.

It’s a best practice to make users affirmatively agree to the terms and conditions before the sale. A court will consider if there was a real agreement. Did the consumer look at the terms and agree to them. Checking the box is almost ironclad.

Avoid affiliates in states with sales tax requirements. But you may not want to cut out states like CA and NY because you’re ruling out a number of affiliates. Mark thinks that more and more states will adopt affiliate sales tax.

Before you send it, think twice. You’re opening yourself up to being sued in that state. File a complaint first and then hold off on serving. Having a first-filed litigation could give you the upper hand if the person brings an action against you. Your filing will go through first.