Just wanna say I had a blast with SEM Synergy today!

First off, the chat room was bumping! I hesitate to count unhatched chickens, but there’s clearly signs of life creeping back into the WebmasterRadio.fm chat room during our time slot.

Since the show started back up, it’s been a quiet few weeks in the chat room. The SEM Synergy chat room used to host a weekly lunch time party, so the sound of crickets serenading Jess, Brasco and me lately was starting to become rather depressing. We knew that it would take some time to build back up the audience and chat room visitors. And the fact that the show switched from Wednesdays at noon Pacific to Thursdays at noon Pacific may have complicated things.

But lo and behold, not only has life force returned to the show’s chat, but it was a regular lol-apalooza in there today as we were joined by today’s guest, Jonah Stein, Small Biz Local Discovery Contest participant Samara Hart and some of the more colorful cast members of Bruce Clay, Inc. (I’m totally looking at you, Aaron, Bradley, Grace, and Matt. And that’s a good thing.) 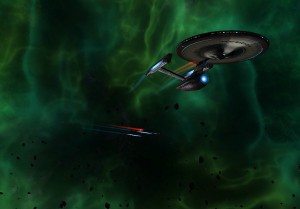 Second, the show was an absolute delight! Susan made a special appearance from the other side (read: unemployed) as she griped about social network privacy concerns as only she can. Granted, it was a segment recorded in a galaxy far, far away, and there were some points made moot by recent changes to Google+ guidelines and Facebook sharing features. Still it’s crazy to think of how far the expectations of privacy have come since we first set up personal identities on the Web. That convo is as relevant today as ever.

Of course, our guest Jonah added to the flavor of the show, telling his compelling story of combating virtual blight! What epic battle does we speak of?

“You come across these forums that are kind of like ghost ships flying through cyberspace. No one’s actually human been on there for years and years because it’s been overrun by these spambots and people marketing back and forth. And what I realized is twofold. First of all: these kind of parasitic marketers could actually destroy a community very quickly because as soon as the signal to noise ratio got too high, people ran away and abandoned ship. It was really hard for anybody to maintain a community like that unless they had a critical mass of community members who would enforce it. That was sort of the beginning of the virtual blight conversation.”

It’s sad when good neighborhoods go bad. The scary thing is, your website is vulnerable to the no-good swindlers, too.

“In terms of malware and how prevalent it is, you know, there’s been a lot of studies that have come out, including some by Google and others that say as much as one-and-a-half percent of the sites that show up in search results are actually infected. Some data indicates that when you get into a trending topic with news, that number is closer to 40 or 50 percent.”

Jonah is the evangelist of a startup that helps businesses prevent the damaging after effects of a hack. CodeGuard backs up your site and alerts you if changes are made to it. What can a hacker do with your site if they get in? Well, a lot of things, actually.

“What happens is that people will basically hack a website and take control of it for nefarious purposes. Now some of them want to distribute malware or scareware, which is another subtopic. Some of them want to do the sort of classic hidden links and SEO-related black hat techniques. Some of them simply steal your traffic and redirect them to offshore pharmaceutical company or whatever their particular monetization method is.

I got involved with that topic broadly and what we identified is so many small businesses didn’t really have the technical ability to maintain their site and protect themselves against attack. That really came home because one of my clients was attacked and their website was hacked and they were calling me asking if I had the backup for their site so they could restore it. I realized, if you’re calling your SEO to try to restore your website you probably have problems.”

I want to thank Jonah for coming on the show to share his message with us. It’s startling how many sneaks are out there, and when it comes to your business, it’s hard to envision being too prepared. And I want to thank everyone who was in the chat for making my day so bright. I hope next time you can join us, too! And I want to thank Jorge for putting the show together in stellar fashion, as always. And while I’ve got the podium, I’ll thank Jess for making this little office we share so bright and positive. </sappy thank you speech> [Awwww, the feeling is mutual, V! — Jess :)]

Hope you enjoy today’s podcast on online privacy and security as much as I did. Man, I have a feeling it’s going to be a good Friday tomorrow!