What is Klout? What is Kred? 3 Ways to Wield Social Influence Scores for Improved Online Interactions

Social influence scores (also known as social authority scores) are a measurement of an individual or brand’s reach online. Klout, established in 2009, and Kred, established in 2011, are two of the apps that that brands and individuals use to measure that reach and influence across social channels.

What’s more, there appears to be a direct correlation between a high social influence score and number of backlinks – the higher the Klout score, the more backlinks to that user’s site. Mitt Ray (founder of Social Marketing Writing) mapped this out in a recent study.

What is Klout? Fast Facts

What is Kred? Fast Facts 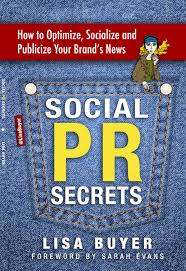 In an interview, Lisa Buyer (president and CEO of The Buyer Group, an interactive PR, social media and branding agency) asserted that people are paying more and more attention to social media scores. That’s why she devoted an entire chapter to Scoring Influence in her latest book, “Social PR Secrets.” When it comes to increasing your social influence scores, she recommends a three-pronged strategy:

That last point is especially salient, considering the fact that “somebody with a higher score of influence sharing your content is going to increase the number of social signals that search is receiving.”

According to Buyer, practical application of this strategy involves:

Assessing the data provided by Klout and Kred allows you to track the progress you’re making in your social media efforts.

Use Them to Measure Your Own Influence

With a bird’s eye view of your social activity across platforms, determine what actions have led to the most gains and where you can still improve.

Use Them to Size Up Your Competition

Use Them in Making Hiring Decisions and Selecting Guest Bloggers

Social influence scores can also come in handy when looking for a guest blogger. “If you’re going to outreach to a blogger to cover a story, a blogger with a higher social score is going to have more of an influence and impact,” Buyer said.

When it comes to a new hire or a guest blogger, brands are “starting to pay attention to who has clout and those are the people they are going to want on their side.”

What are your social influence scores? Check them out on Kred and Klout, and while you’re on Klout, make sure to connect with BCI on Klout.