PPC Best Practices in an Enhanced Campaign World #12B

For the paid search crowd! 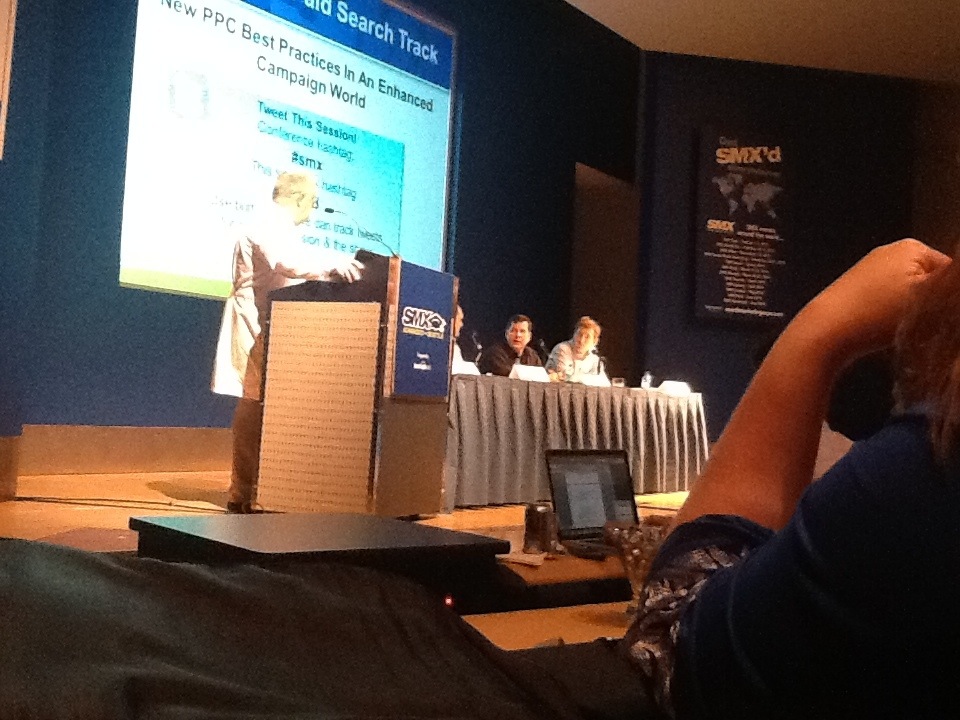 Isolate your top keywords in specific ad groups for editorial and bidding optimization purposes. Do this for the tier 1 and tier 2 campaigns at least since it’s a tedious process. You want one keyword per ad group. You can then test different ad copies.

What about mobile-only campaigns?

Because mobile bid modifiers are set against desktop/tablet bids:

Monitor your mobile rank and bid down gradually to remain in rank 1-3.

Not all locations drive statistically significant amount of data. First analyze your geo data by:

1. Country/territory – segment your campaigns by country/language
2. (Missed this!)
3. (… Oops)

Either use mobile landing pages for mobile-referred ads or use the {imobile} and {ifnotmobile} parameters within the URLs and you’ll improve your Quality Score.

Testing procedure is the same except for factoring in the device dimensions.

AdWords’ upcoming feature based on users logged in to their Google account across devices – Google said it would be coming in June. Third-party solutions based on unique user identifiers such as the email address or customer ID.

He’s going to share the results of a 2 week test on $1 million in ad spend.

Tablet impressions up 48%, clicks up 45%
Computer impressions up 5% and clicks down 13% > one of their biggest fears — they weren’t able to control how their budget was spent.

Budget allocation post-enhanced campaigns:
Computer spend went from 79% before to 71% after

But there wasn’t a single instance where they had put the bids up on mobile. And computer ads always perform better, and that’s where they wanted their budget to go. Bid multiplier is the only control you have in EC and it’s not an adequate way to control budget.

There is an ideal situation for EC:

CPA on mobile went up 25%, better than the 40% seen in their other accounts. But the worst part was there were no extra leads in the target radius. Overall, they saw a 9% increase in CPA and no change in leads.

Next test, delete all bid modifiers. CPA dropped 28% overnight — even better than before EC — when they just let the accounts run.

Use bid modifiers sparingly. CPA will spike if you use on high position keywords.

Bid modifiers are great with CPC bidding: they can get more granular with bid modifiers. The problem is you can’t combine with CPA bidding. With CPA bidding leave campaign segmenting by performance by region.

Still, they went from 100% clicks on mobile in the legacy version to 19% clicks from desktop in EC.

The problem is that it’s not a well-supported feature. Not supported in editor, no search in UI, no sorting in UI. Not in the API yet. Too much effort for the return in a lot of the ad groups until Google supports this better.

Brad says that all the gripes marketers have with EC would be solved if Google allowed for bid modifiers for tablets and desktop at the ad group level.