Matt McGee welcomes the packed room to our Q&A keynote with Matt Cutts who’s going to answer all our questions of how to rank. Google sure has committed to transparency, as the video shown proves:

Let’s start with Penguin. Penguin to them isn’t a penalty, it’s a calibration of the algorithm. they found a lot of Web spam left after panda they wanted to take care of. Penalty is typically referred to when manual action is taken. Penguin does demote sites, but it’s one of 200+ signals that rank sites. The word penalty isn’t really used in the googolplex. They use “algorithmic” and “manual action”. They can’t put every algo up for all to see, but they are more transparent about how google works on the manual side. You pretty much always get notified in WMT if manual action was taken.

Danny explains that that’s why reconsideration requests won’t be a help if affected by Penguin. 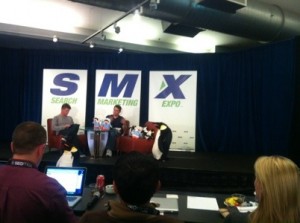 Matt: around May 25 there was a refresh of Penguin based on the feedback they got from the first push. Refreshes of Panda and Penguin typically happen on a monthly basis.

Danny: WPMU.org made a case for why they shouldn’t have been hurt by Penguin since they didn’t promote bad practices.

Matt: That’s an example of a site that did recover after the refresh. They made a good case.

Matt: It’s interesting to hear about it when blog networks stopped being more effective. The story of the year has been more transparency but it’s also been about greater policing of our guidelines. People have asked questions about negative SEO for a long time and they used to have it in Google documentation that negative SEO was nearly impossible but they’ve since changed the wording to say it’s very difficult. There are a lot of protections in place in Penguin to keep from that being possible, however they are actively considering a disavow option for links in the next 2 or 3 months.

Danny: Why not ignore sitewide links?

Matt: We’ve found that when they just ignore, people still sell the spam tactic. To really discourage that behavior they’ve been turning up the consequences.

Only a single digit percent of 700,000 warnings that went out were Penguin related. The vast majority are spam even the non-web savvy would recognize.

Matt: a ton of people don’t realize that other arms of the network may not be as careful. People need to realize that link buying is a risky endeavor. Ask any SEO if it’s harder than 5-7 years ago, they’ll say yes. You can expect the metabolism to continue.

Danny: affiliate links, do you still think people don’t have to worry about that?

Matt: if it’s large enough affiliate network, we know about them and handle it appropriately on our side, but if you’re at all worried, use nofollow.

Danny: do links still work as the democracy of the web? Are social signals going to do it?

Matt: Douglas Adams wrote that space is big. You have no idea how mind boggling big space is. Library of congress has 154 million books, 235 terabytes converted. More data being generated on the web than any other source. There’s a perception that everything will go social and links will be obsolete but I wouldn’t write the epitaph for links just yet.

Danny: you do 30 day challenges. Seriously consider this, you or members of your time building links to a small nonprofit. I’d like you to get in the trenches and see what it’s like to build links. I’d also like you to make SEOs understand what it’s like in your shoes. There’s not enough of looking at each others’ position.

Matt: he’ll think about it. Understanding what SEO is facing is part of the reason he started his blog.

Danny: what’s with your war on SEO?

Matt: if anything it’s a war on spam. It’s so people can compete on a level playing field. People out there are essentially asking how can I fake being awesome?

Matt: the spam team does not use data from Google Analytics. Using bounce rate as a signal, for instance, would be a bad thing when a user finds the answer right away.

Danny: What % of organic queries on Google are now secure.

Matt: Not provided is a move for Google to provide new types of data. SSL was launched so more kinds of data could be searched for. Not provided is when a user was signed in. It’s still the minority of traffic, but if you look at the trend you see more browsers moving toward secured traffic. Today they rolled out warnings in Gmail if they think you’re a victim of state sponsored attacks. Now you can go back 90 days and 2000 queries, and this is because they want to give marketers info but still want to move toward secured data.

What’s going on with the block this site feature?

Matt: You can still block in the Chrome extension. The block data was used in a Panda update.

Matt: I wouldn’t mind revisiting this decision. The reason is that every advertiser would do an exact match for every search ever done and there’d be exponentially larger amounts of matching in the database.

Is there rich snippet spam, and is it penalized?

I can’t get all the bad links removed, what do I do?

Matt: We’re looking for a good effort. If the sample they take has like 90% removed, that’s good. They understand that’s difficult, so they’re talking to the WMT team about a disavow option. But even if that happens its months down the road.

Matt: I’m going to be doing WM videos soon so think about questions.

Matt: You could, but think about making the case – how do you show you’ve made an effort?

What % of spam reports does your team take action on? I find most unpunished.

Matt: We’ve had to weigh taking manual action impact vs. impact of an algorithm change.

Are you trying to make SEOs the pawns in Google’s fight against Facebook?

Matt: It’s still early days of +1… They’re looking for high-impact signals with high precision. +1 still has to prove its value as a signal. It might reveal new infrastructure that might be more robust than the old signal. But don’t assume that you have to be on Google+ to do well in search.

Why’d you call it Penguin?

Matt: We thought the codename actually might give too much info about how it works so the lead engineer got to choose. Matt suggested a fuzzy animal and the engineer picked penguin because black and white and Panda worked.

If I’ve been hit by Panda and Penguin should I start over?

Matt: You may choose to.

You claimed you’d never do paid incclusion and now you do it everywhere.

Matt: You call it paid inclusion but Google’s view is that paid inclusion isn’t disclosed. This clearly labels sponsored areas. The search results are the same high quality, but there’s more around the edges that deal with contracts that are enabling really useful things. For instance, Southwest only puts their fares on their site, but tthrough a contract with them Google Flights displays flights for Southwest out of interest to user. Out of an abundance of caution we disclose any deals.

There’s fun stuff he’s looking forward to that may not have launched yet that he’s excited about.

Knowledge Graph and the associated searches help you explore the space.

What’s the coolest thing you like with Google now?

He’s really excited about the push for transparency. There’s more to do but a lot of progress has been made. If a decade ago we told him that you’d be telling spammers when they were caught, he’d have thought they were crazy. Now they do.

What’s the coolest thing in general?

FitBit – pedometer you can trade info with friends. When someone invites him to be FitBit friends he says I dunno, how many steps a day do you take?

Still on the hunt for actionable tips and insights? Each of these recent SEO posts is better than the last!
Bruce Clay on December 1, 2022

3 Tips for Moving to a New Internet Marketing Agency
Bruce Clay on November 30, 2022 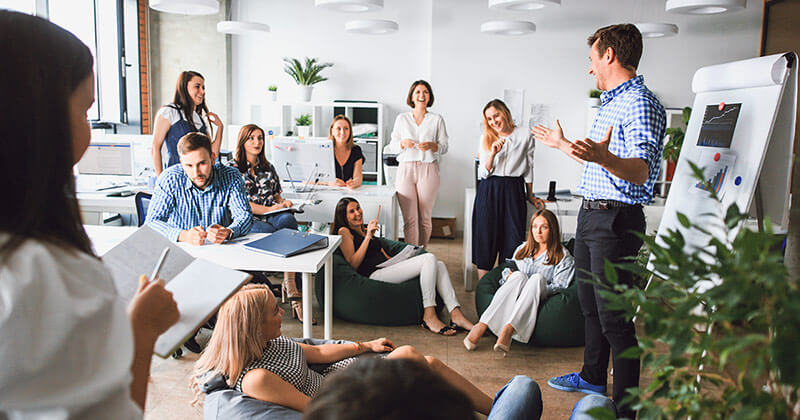 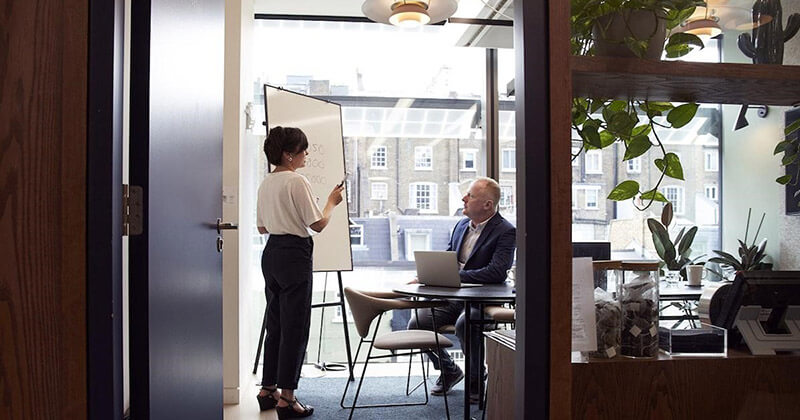 Thanks for the video and transcript Virginia.. really interesting. Still see so many spam results though and the some of the SERP pages just have trash on the first page.